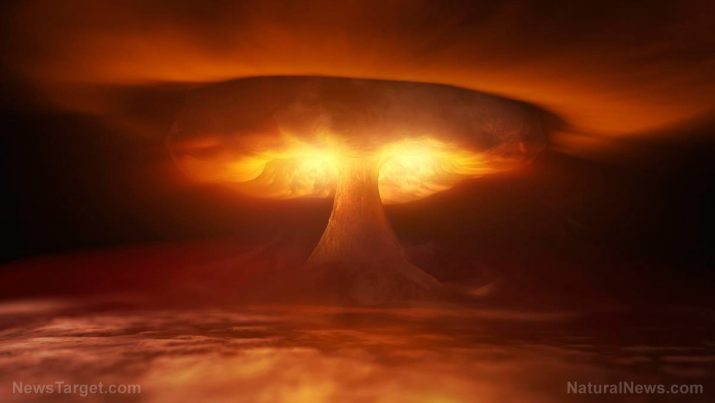 With the United States and North Korea inching toward war, millions of Americans are inundating prepper supply stores with orders even to the point where several of them are having difficulty keeping up with demand. And frankly, for those who are just now getting into prepper mode, it’s possible you’re too late.

As reported by CBS Detroit, a local shop manager, Ben Orr of Army Supply, said he’s been selling a ton of “prepper items” over the past week.

In addition, because much of what is causing the friction between Pyongyang and Washington has to do with the former’s nuclear weapons program, Orr said sales of radiation antidote potassium iodide products have been especially heavy.

“It actually stops your thyroid from absorbing any radiation. So, it fills your thyroid with iodine, which it normally does anyways,” said Orr. “Your body can’t tell the difference between bad, radioactive iodine and acceptable iodine, so it actually will stop you from getting thyroid cancer.”

He added: “It’s supposed to work. It’s FDA approved. But they also recommend you don’t take it unless the government says to take it. Unless people are scared of something, we don’t really ever sell it.” [Natural News founder/editor Mike Adams, the Health Ranger, and inventor of Cesium Eliminator says iodine does not block radioactive cesium — check out the website here.]

Gas masks are also flying out the door, Orr said, though many are outdated and there is no guarantee with them.

As reported by SHTFPlan, Ed Thomas, a spokesman for TopTierGearUSA.com, a company that distributes functional gear to protect against nuclear, chemical and biological emergencies, says the company has experienced a 1,200 percent increase in orders the past week.

“We’re barely keeping up with the inflow of orders and our staff is working double shifts just to get everything shipped,” he said. “People are concerned with North Korea, World War III, and what President Trump might do. I’ve never seen it at these levels.”

And then he said this, which is vitally important to our discussion here: “Our biggest concern is that our manufacturers won’t be able to keep up with demand.”

Exactly. Because the manufacturing and supply chain is not equipped or set up to handle this kind of demand, which always happens at the time things seem to be getting worse.

Eventually, too, he won’t be able to keep up with demand if it continues like this, which it’s sure to do for at least the near-term, as Trump does not appear ready to back down from a tinpot dictator lunatic, lest the U.S. seem weak.

What’s more, as SHTFPlan noted, as demand continues to spike and supplies dwindle, prices for what remains or what can be had will spike, meaning people will pay many times more for the same items this week they could have — and should have — bought much cheaper just a month ago

Threat conditions change constantly, be they overseas or domestic. Whether it’s a crazy little dictator threatening to launch nuclear missiles or Left-wing hate groups like Antifa threatening to disrupt the civil society with mass protests and violence, the concept of prepping means you prepare for these contingencies before they happen. That requires planning, forethought, anticipation, and commitment.

For those who are using current events as their impetus to just now begin prepping, they are behind the curve. They are throwing their money away. Prepping is proactive, not reactive.

If we are fortunate enough for things calm down overseas, these newbies should use current events as a learning opportunity and commit fully to the prepper lifestyle. Because the next crisis is likely already brewing.